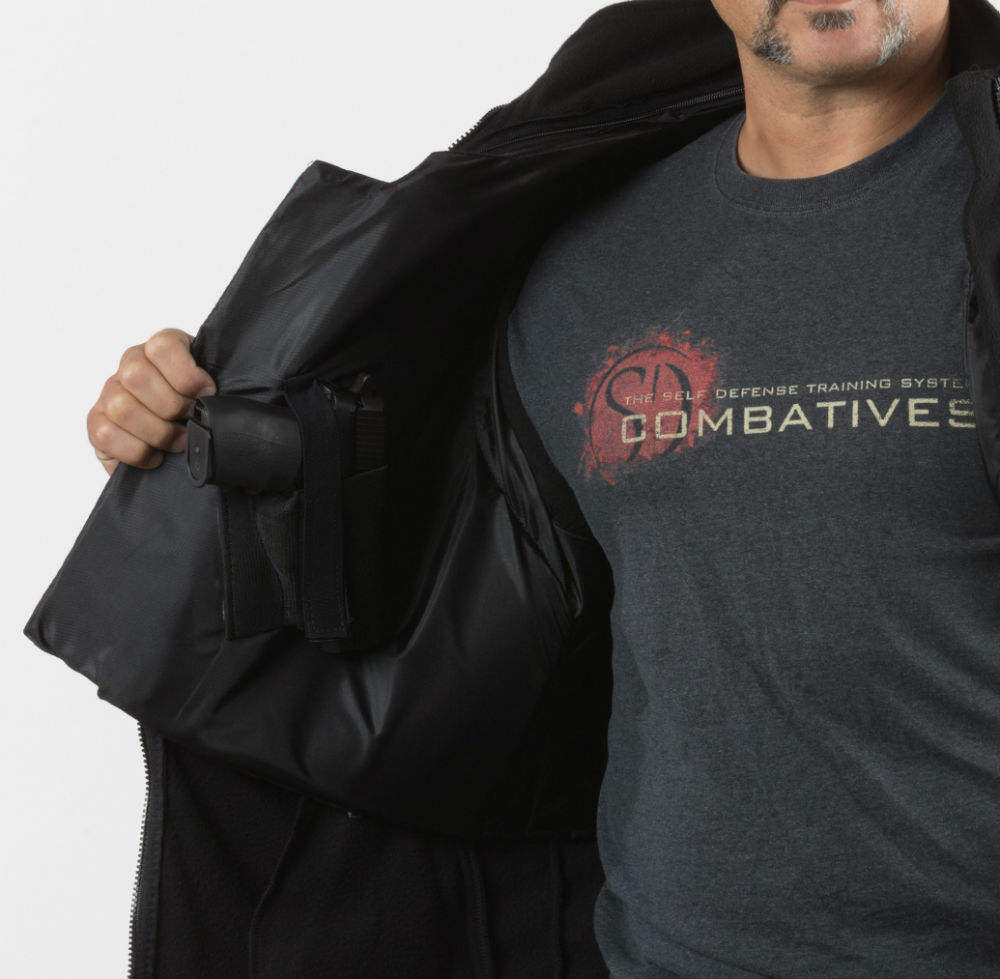 Every headline seems to be a new shooting or a new inspired attack. And if you’re reading this, you’re probably erring on the side of caution. You probably like to be prepared. Us too.

IN TODAY’S WORLD, YOU NEED TO BE READY. YOU NEED TO HAVE A GO-BAG. IF YOU CAN LEGALLY CARRY AND ARE TRAINED, YOU PROBABLY SHOULD.

Sadly, I think we can all agree that of late, the world seems to be a bit more dangerous.

Now we’ve reviewed plenty of body armor for LEO, prepared civilians, or our PMCs out there – like those offerings from HighCom Security.

BUT WHAT IF YOU DON’T WANT TO WALK AROUND WITH A PLATE CARRIER ON, BASICALLY INVITING ATTENTION?

The folks at the Self Defense Company came up with an ingenious way to stay safe, and remain incognito; they offer two different products: The Bodyguard Street, and the Bodyguard Beast.

The former tips the scales at 3lbs, and is rated to stop rounds from short barrel handguns up to a .357 magnum, and is designed to exceed the 2A NIJ armor rating by 10%.

In lay terms, all body armor has a certain ballistic rating.

What I really like about both the Street and Beast models is the way the front of the jacket closes. It looks on the outside like a normal fleece jacket, but there is a velcro strip that allows the ballistic panels to overlap and secure, then zip closed.

I was curious about how they’d handle this before I picked one up, and I need to say, I dig that. There’s no small space for around to eek through and punch through your sternum.

What’s more, is both models come with an internal holster system on both sides, as seen in the photo. As I have ample holsters personally and therefore don’t really need to use this feature, I do think it’s a bit of added value.

However, I wouldn’t rip open my ballistic protection to get to my firearm, I’d rather have it on my waist. Just my thoughts on that, but it is a thoughtful addition.

If I were to use the holster system, which can accommodate a full-size duty gun all the way down to a sub-compact, I’d utilize it for a backup weapon, not a primary.

Moving onto their more robust offering, the Bodyguard Beast. This one has a 3A rating, meaning it weighs 5lbs—and it definitely lives up to its name. The Beast is designed for the man or woman that wants to stack the deck in their favor.

It’s hearty, and you know you’re wearing it. I wore it around for a few days, and at first, it was quite heavy. But after an hour, you forget it’s there. The ballistic panels are more flexible than steel plates – that’s for sure – but they are still stiff, as they should be.

You won’t be doing any gymnastics with this one, but you’re also going to be able to take rounds from everything from a 9mm coming out of a sub-machine gun to a 44 Magnum.

Specifically,  a 44 magnum 240-grain lead projectile motoring along at 1400 fps. Meaning, you can take around from Dirty Harry with the rating of this soft armor. It’s also the highest rating for soft body armor. You can also take on Daryl from the Walking Dead according to the video seen below – this bad boy stops arrows evidently.

Overall, it’s a very well-thought-out product that fits a specific niche and lives up to its role. 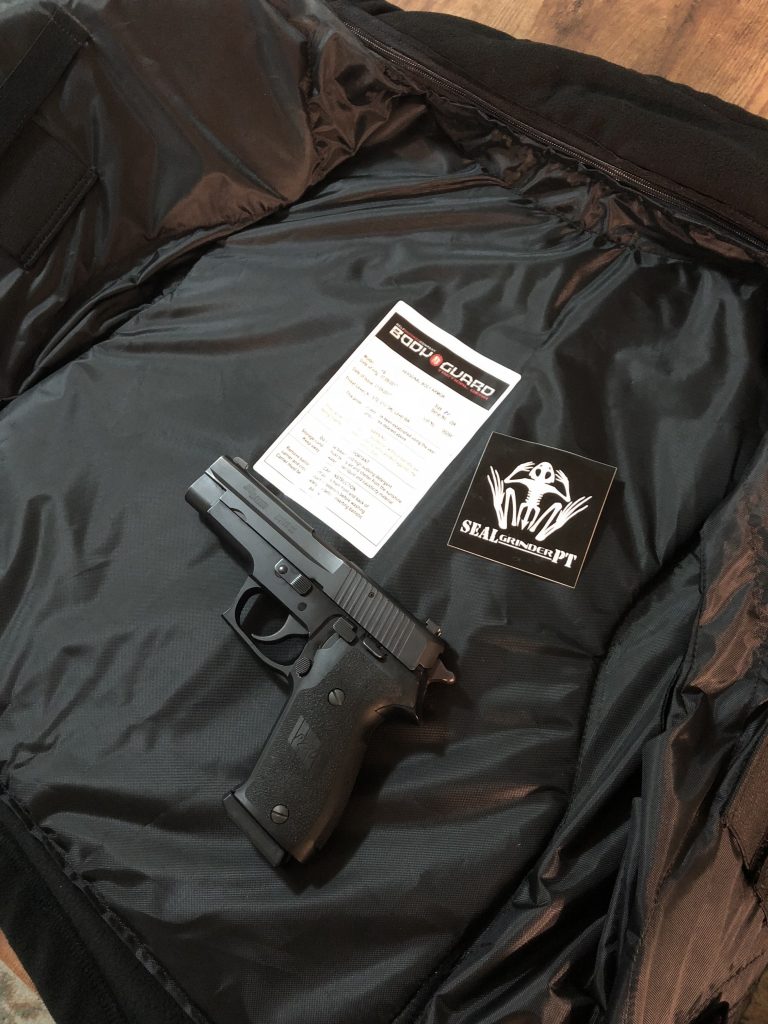 It’s covert enough not to draw attention and the street model can handle pretty much anything you’d come up against on the street with regard to snub-nosed revolvers and small 9mm handguns.

The price point between the two is a couple of hundred dollars, but in this writer’s opinion, would you really want to be bleeding out from a sucking chest wound because someone showed up with a 44 Magnum and not a 9mm with a 3″ barrel?

I don’t think so. If you’re going to invest – and that’s what these products are, an investment in your life – wouldn’t you rather invest smartly? The soft armor plates on both models hug the body and cover all of the vitals in your torso. Moreover, the front seals and will stop rounds coming from every direction.

2A and 3A NIJ ratings, which means that most handguns don’t stand a chance of penetrating (unless you’re in a Guy Ritchie movie and someone has a .50 Desert Eagle). It’s thoughtful, covert, and covers all the vitals. The velcro closure in the front is a huge selling point, as it is the muted nature of the whole rig. It looks at wears like an Old Navy fleece with a little more stiffness to it. If you’re looking to have something bulletproof that doesn’t attract attention and you can wear out and about, this is it.

The Beast is a bit bulky, but then again, so are plates. They’re both a tad heavy, but they stop bullets – they should be. The only real problem I have is the “holster system” internally, but it’s a good place to keep a backup piece.

Alex Castiglione lives in Atlanta and is an avid outdoorsman and competitive shooter. He loves getting after it in his garage gym, practicing martial arts, hitting the trails, or running CrossFit and Strongman competitions.

His passion is helping animals and raising funds for his non-profit, Barbells for Bullies, which holds fundraiser fitness competitions dedicated to aiding Bully breed rescues, dog rescues, or other non-profits with similar missions. 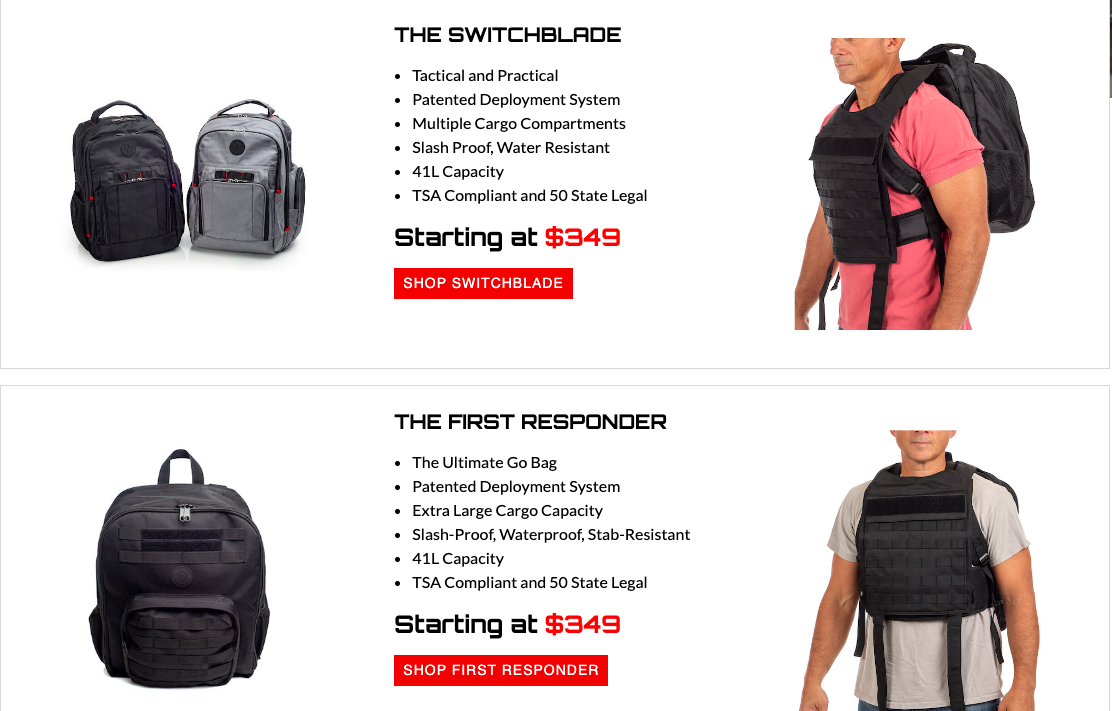